A Conjunction is a part of speech that joins two words, clauses, phrases or sentences together.

(1) My sister is a honest and beautiful girl.

NOTE- In this sentence, ”AND” joins the two words, honest and beautiful so ”AND” is a conjunction.

(2) My brother is a intelligent boy but he has not passed the exam.

NOTE- In this sentence, ”BUT” joins the two sentences( first sentence- My brother is a intelligent boy and second sentence- He has not passed the exam)

(a) Mike reads books daily but his brother do not read books.

(b) I do not know who is honest between him and his sister.

Subordinating conjunctions join a subordinate clause to a principal clause.

(a) We will go to market if you come to my home.

(b) I do not want to go to the school because I have not completed my home work.

This conjunction is called correlative conjunction because it is always in pair. Always after ”NOT ONLY”, ”BUT ALSO” is used.

(a) Not only I but also my brother went to play cricket.

(b) She not only will go to other country but also will stay there.

(c) My father is going to open not only a school but also a hotel.

(d) Not only has my father opened a school but he has also opened a hotel.

( Note- If ” not only” is used in the starting of sentence, use inversion.)

(e) we come here not only to study but also to play.

These conjunctions are always used in pair. Verb must be used according to nearest subject. They are also called correlative conjunction.

Incorrect- Either he or his brother are going to meet their sister.

Correct- Either he or his brother is going to meet their sister.

Incorrect- Neither he nor I is reading book.

Correct- Neither he nor I am reading book.

Incorrect- Neither Mike nor his sisters is going to school.

Correct- Neither Mike nor his sisters are going to school.

“Lest” is always followed by “should’. and It never use ”not”.

Incorrect- Walk slowly lest you may fall.

Correct- Walk slowly lest you should fall.

Incorrect- Studied hard lest you should not fail.

correct- Studied hard lest you should fail.

”NO SOONER” is always followed by ” THAN” not ” then” and we always use inversion.

Incorrect- No sooner did he arrive the station when the train started.

Correct- No sooner did he arrive the station than the train started.

Incorrect- No sooner police came to catch the thief than he ran away.

Correct- No sooner did police come to catch the thief than he ran away.

(6) I do not know whether she will go or not for a coffee. ( uncertainty)

(8) He is doubtful whether she love him or not.

Though and although are followed by “YET” or ”COMMA”.

(1) Though he is rich yet he is dishonest.

or Though he is rich, he is dishonest.

(2) Although he ate too much already yet he wants to eat more.

or Although he ate too much already, He wants to eat more.

(1) Both she and her sister are beautiful.

(2) Both Ronaldo and his friend will come to party tomorrow.

We do not use ”NOT” with these words. These words are always followed by ” when” or ” before”.

Incorrect- Hardly had he reached the station then the train started.

Correct- Hardly had he reached the station when the train stated.

Incorrect- Hardly had he come out the house that his friend came to play.

Correct- Hardly had he come out the house when his friend came to play.

SELDOM IF EVER / SELDOM OR NEVER

Problems are created if you use these conjunctions like ” seldom if never ” and ” seldom or ever”. That will be wrong.

Incorrect- Seldom if never have I played football.

Correct- Seldom if ever have I played football.

Incorrect- Seldom or ever have I played football.

Correct- Seldom or never have I played football.

Incorrect- I will not go from here until you do not come.

Correct- I will not go from here until you come.

Incorrect- The workers will not let the strike off until manager holds a meeting with them.

Correct- The workers will not let the strike off unless manager holds a meeting with them.

Because, as and since are followed by ” comma”. If you use other words instead of ‘comma’, sentence will be incorrect.

Incorrect- Because it was a rainy day so I did not go out side.

Correct- Because it was a rainy day, I did not go out side.

Incorrect- Since he was a terrorist so he was arrested.

Correct- Since he was a terrorist, he was arrested. 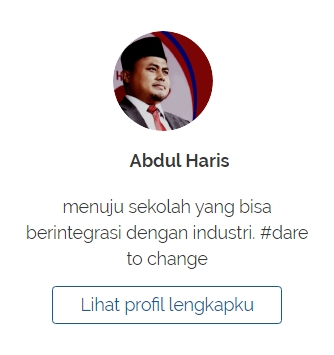